Helping You and Your Organization Engage in Policy Debates

There's talk of a "new normal" in news articles, business plans and school emails. Everything has changed, from buying groceries to celebrating birthdays online, and many believe these changes will become permanent.

These days, Pittsburghers and those that loved Mr. Fred Rogers can’t help by think of his famous words to “look for the helpers” as the news continues to carry stories of tragedy, crowded hospitals, supply shortages, job losses and the resulting economic impact on so many.

February brings the familiar tradition of a pulling a groundhog from his borrow at dawn to see if his shadow appears, resulting in six more weeks of winter. His forecasting accuracy is a dismal 39 percent, but that doesn't stop crowds from braving frigid temperatures to witness the world-famous weather prognosticator's prediction each year.

In addition to the historic nature of any presidential impeachment, this is the second time in U.S. history that an impeachment trial has occurred during a year the president was facing an election. In 1868, President Andrew Johnson was acquitted in the Senate by one vote, but later that year, he failed to receive his party's presidential nomination during a dramatic convention.

A little over 200 years ago, American naval commander Oliver Hazard Perry claimed his victory over British forces in the Battle of Lake Erie by announcing, "We have met the enemy, and they are ours." Over a century later, noted cartoonist Walt Kelly, creator of the comic strip "Pogo," twisted the phrase to state, "We have met the enemy, and he is us." Kelly's first use of this phrase was to oppose the McCarthyism of the late 1940s and early 1950s, which led to the widespread branding of hundreds of Americans as communists, spies and subversives without any substantial evidence.

It is not unusual for political discussions and family Thanksgiving dinners to include the proverbial "800-pound gorilla in the room." The gorilla often represents a taboo topic that no one wants to discuss. This year, the gorilla is the impeachment efforts focused on the president. All indications suggest this very large primate is settling in for an extended visit. It will soon be eating all the holiday leftovers and dominating the remote control. How many reruns of Animal Planet can anyone take? 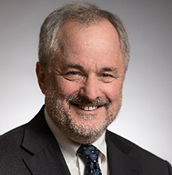